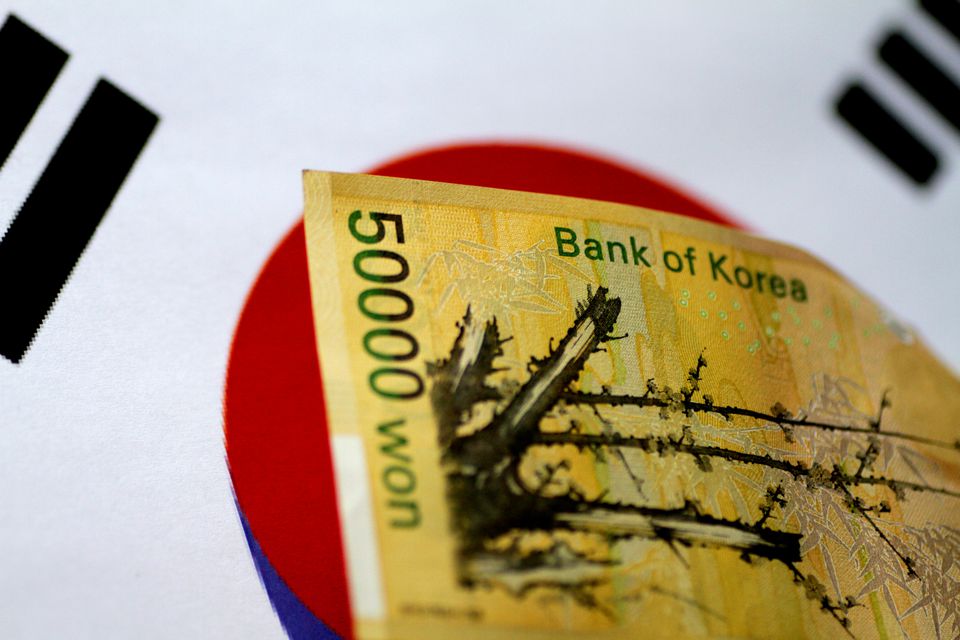 As inflation is picking up and economic growth recovered after the pandemic, much due to increased export revenues, the Central Bank of South Korea is afraid its economy will overheat. Therefore, the committee of the Central Bank has decided to increase the base interest rates (at which they lend money to financial institutions) to 0.75%. This has been the first rate hike since late 2018 and sends the signals that the country has embarked on a road of further monetary tightening. Many analysts believe that the rate will be increased to 1.25% by the end of next year.

A good key concept here would be intervention as the Central Bank tries to cool the economy by reducing the money supply. In return, that ultimately leads to increased borrowing costs and thus lower consumption and investment. This will likely lower AD and hence the average price level. To be more exact, the goal is to lower the increase in AD and as a result, lower the interest rates, not to cause deflation.

It also seems that South Korea is not alone, as the article states:

“Central banks around the world are laying the groundwork for a transition away from crisis-era stimulus as what began as emergency support for collapsing growth now overheats many economies.”