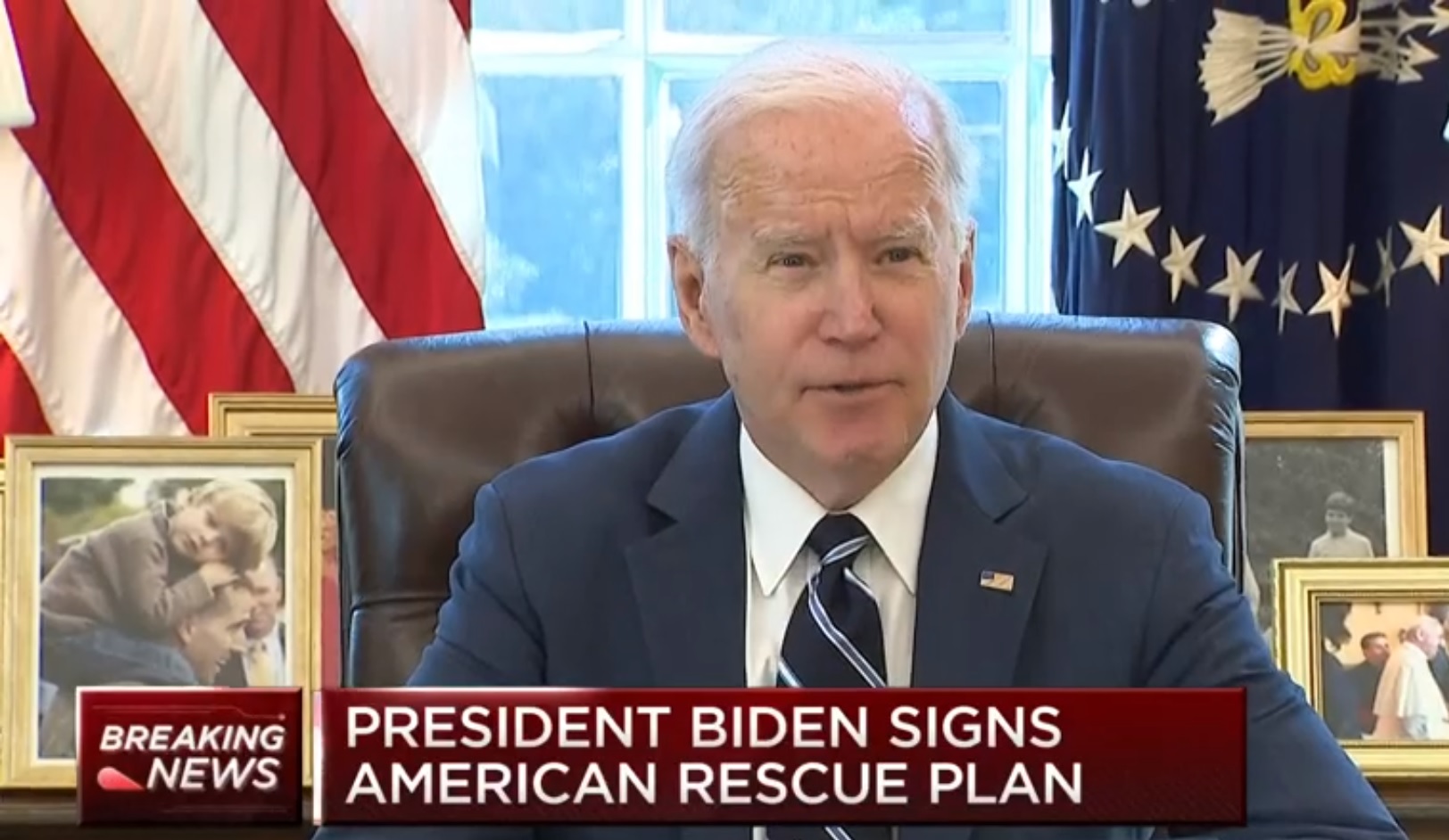 Biden’s Covid relief bill is mostly made up of transfer payments ($1400 in direct payments to most Americans, $300 per week unemployment benefits). Transfer payments themselves do not boost AD. However, consumption should increase as these amounts get spent by households, which would eventually shift AD to the right. Moreover, this can lead to a multiplier effect as additional expenditure by households become additional incomes received, which then turn into extra spending, leading to multiple rounds of respending the initial boost by the government. Therefore, the US government’s plan is that this will speed up the recovery of the US economy, increasing Real GDP. At the same time, it should also be noted that part of the bill (e.g. spending on vaccination) can be considered government expenditure (component of AD), so the stimulus package can be considered an expansionary fiscal policy, especially that it also includes tax credits.

For your evaluation don’t forget to write about the negative effects on the government budget, public debt (and how it will be financed in the future), the possibility of inflation and the possibility of a large marginal propensity to save (lowering the multiplier effect) leading to an overall smaller increase in consumption than expected. On the pro side, do mention an improvement in the equity in the distribution of income, mentioning “the bill’s potential to slash child poverty” as “millions of households are struggling to afford food and housing” and also talk about the” Supplemental Nutrition Assistance Program benefit” which will be increased by 15% until September through the plan.

Below you can see a graph with the make-up of President Biden’s package: 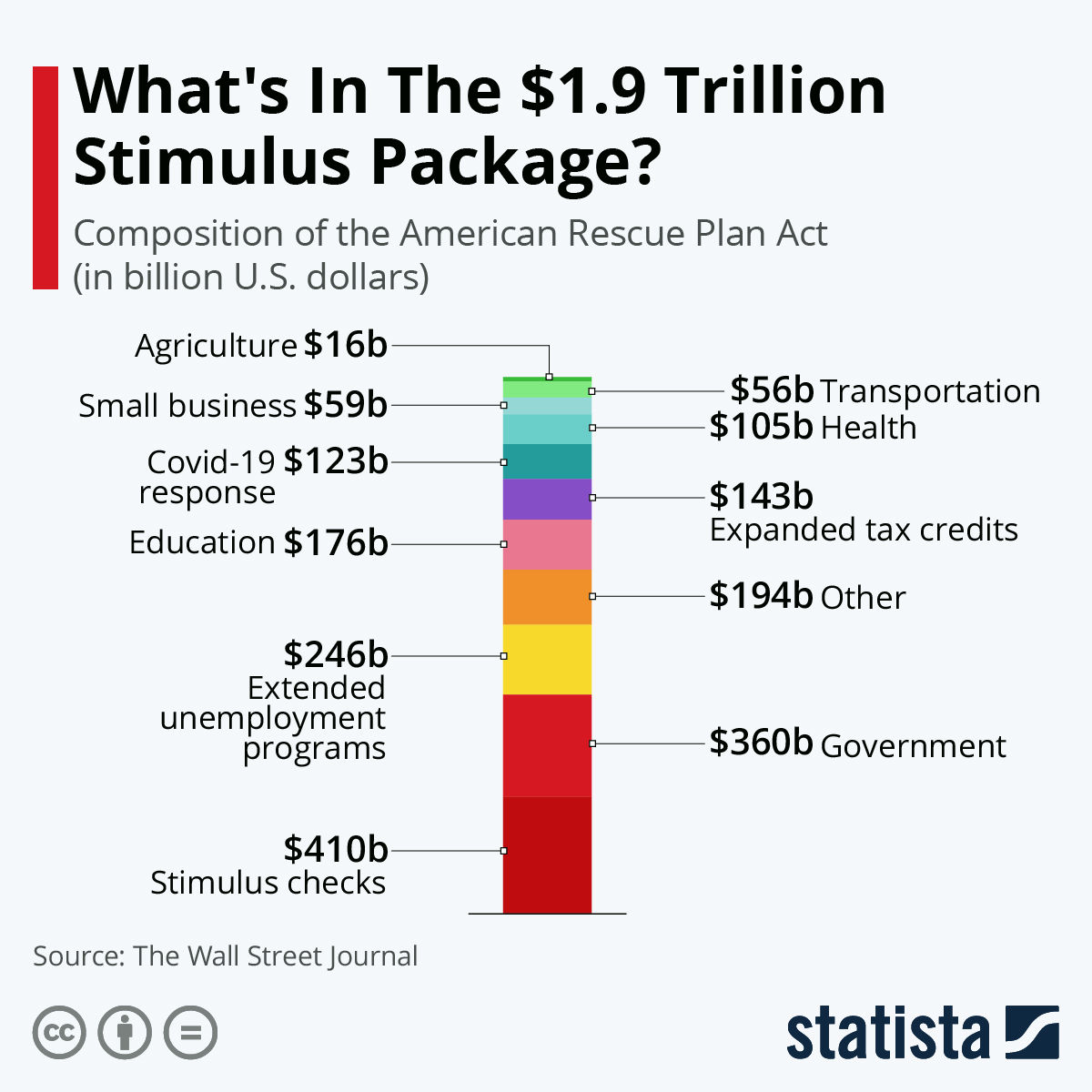